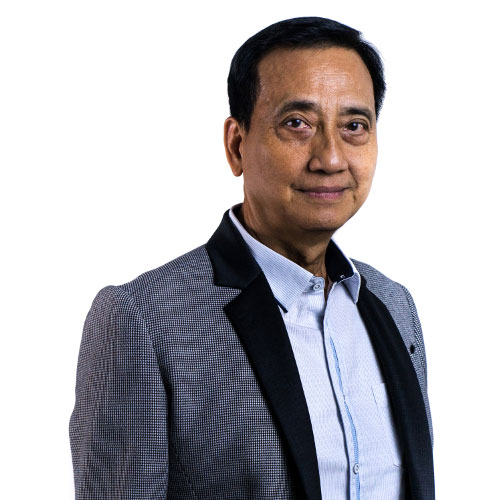 Considered one of Thailand’s most experienced litigators, Techatat specializes in managing large and complex disputes. Prior to joining Siam Premier in 1997, Techatat gained 21 years’ experience in litigation and dispute resolution with local and international law firms and in-house roles, including the positions of head of litigation at Baker & McKenzie Ltd, and legal manager at Thai Plastic and Chemicals Plc.

Techatat has acted in a broad range of commercial disputes with expertise in major contracts, concession and construction, trade practices, and financial services, including litigation and domestic and international arbitration proceedings. He is also experienced in disputes involving criminal charges, employment and labor, estates, intellectual property, and administrative proceedings.

He is native in Thai and fluent in English.

Techatat has been widely recognized for his litigation and dispute resolution expertise. Legal 500 (2010, 2011, 2012, 2016, 2017 and 2018 editions) and Chambers and Partners (2011, 2012 and 2017 editions) state that he is known for his work on significant litigation and arbitration as group co-head dealing with both major civil and criminal matters, in which he is ranked in Band 2.

As emails may contain viruses, you should scanand checkthis email and any attachmentsprior to viewing its content.We donot accept any responsibilityfor any damage caused by viewing the content of this emailor itsattachments.

I Accept I Do Not Accept